The History of the Benedictine Church

Presumably, the first masses in Sopron were held in the arch-sanctuary, found today inside the church. The building of the church can be dated back to 1260-1280, when the Franciscan order settled down in Sopron. They built a Gothic style church, connected to their cloister and ambulatory. This is the construction time of the Gothic structure, the most significant part of the complex, the nave, the axis and the typically Gothic western entry.

The most significant medieval reconstruction happened between 1380-1410, financed by the wealthy Gaissel family, respected citizens of Sopron. The intricate carvings, the vaulted ceiling of the nave, the western gallery, and the spire originates from this period.

In the 15th century some smaller alterations were completed, then, the 16th century saw the decline of Franciscan influence as the town became increasingly Protestant, so major constructions were cancelled. In the 17th century, during the religious fights, our church hosted four parliaments (1622, 1625, 1634-35, 1681), furthermore Ferdinand III was crowned here (1625), on two other occasions the church witnessed the coronations of two queens.

In the middle of the 17th century the Catholic revival took place in Hungary. As a result, many aristocratic families converted to Catholic faith, among them the Esterházys, the Fraknó family, the Széchényis who chose this church as the burial site for their families. For this reason, several crypts had been created under the church, the nave and the Chapter House until in 1780 the burial in the church was forbidden.
In 1676, during the greatest fire in the history of Sopron, the whole roof and a fleche were burned down. The Baroque western pediment was created during the reconstruction following the disaster.

In this century the Baroque style reconstruction of the church continued. Today’s Baroque liturgical interior originates from this period, the main altar (by Augustin-Löscher, 1751) and the pulpit (1754). From the 1780s the creation of the two side-altars of the sanctuary, works of István Dorffmaister, the two frescos of the western gallery represent the Baroque trend. Also, Széchényi Antal’s tomb is finished beside the so-called Capistrano pulpit.

As Joseph II decreed, the Franciscans left their Sopron cloister in 1787, so the church was empty for 15 years. In 1802 the church and the cloister came into the possession of the Benedictine order. Their coat-of-arms was placed above the main entrance. In the second half of the century some reparations were ordered by the Benedictine order. They commissioned Ferenc Storno in 1852 to construct the side-altars of the aisles, also he led the Neogothic reconstruction of the façade.

20th century and the present

In the 20th century the church saw a number of excavations and restoration work. Since 1996 the Benedictine order has been the owner of the building complex. Since then, the excavations and the restoration have been continued. After last large reconstruction period, the church was consecrated on the 14th August 2011 by Asztrik Várszegi, the archabbot of Pannonhalma.

There is an informative standing exhibition on the cultural and archaeological history of building complex. Our dead can again be buried in the renovated columbarium under the nave and the sanctuary – and now, not only for the privileged.

The interactive exhibition and the Shop is closed. 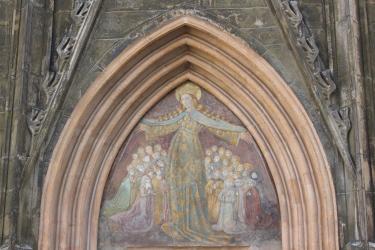 The Benedictine Church in Pictures 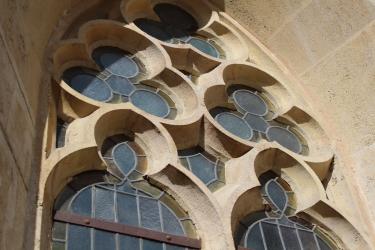 The Crypt - Columbarium in Pictures 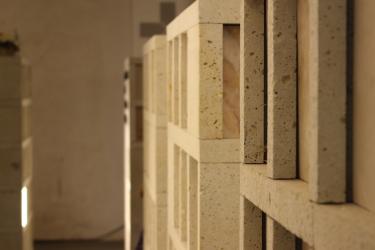 The Hospital Chapel in Pictures 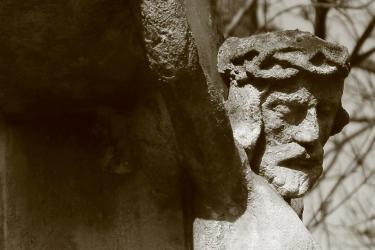